The popularity of TikTok is certainly undebatable. It has emerged in the mobile app arena as a revolution in video making and sharing.  Within no time, it had broken all the records of app popularity. Moreover, it enables users to sing, dance, act and mimic audio clips or pre-recorded songs. TikTok is a creation of a 35-year-old mastermind called Zhang Yiming who resides in China. His company ByteDance has been growing exponentially. According to Forbes, his worth is around $16 billion dollars making him the 13th richest person in China. The company was started in 2012 with the launch of an online news service that used artificial intelligence. Later, after a couple of years,  TikTok and Douyin which is the app’s Chinese version were launched. In this post, some of the factors contributing to TikTok’s success have been highlighted.

Music.ly was merged into TikTok in 2017 (Source: Brandastic)

This idea of creating short videos was introduced for the very first time in 2012 through an app called Vine. Vine had 200 million users globally between ages 18-24. Vine was discontinued in 2016 which made way for TikTok to be launched in 2018. Therefore, in a very few years, TikTok redefined the use of social media globally. Currently, TikTok is leading the way for generation Z offering various ways for interacting with the digital world.

TikTok which was previously known as Musical.ly became the most successful app in no time having over 500 million users globally. Only two years after its launch, TikTok became the highest downloaded app on both Android and Apple. The reason why TikTok has been so successful internationally is unusual particularly because of the way it has encapsulated the western world. Trending hashtags and challenges are majorly how the app thrives itself. The challenges are introduced through a short video and are mostly led by the community. The theme is that people copy the challenge or any trending activity and create them in their own ways. Moreover, these challenges come and go rapidly but the ones which get picked up by celebrities and online influencers gain the most momentum. 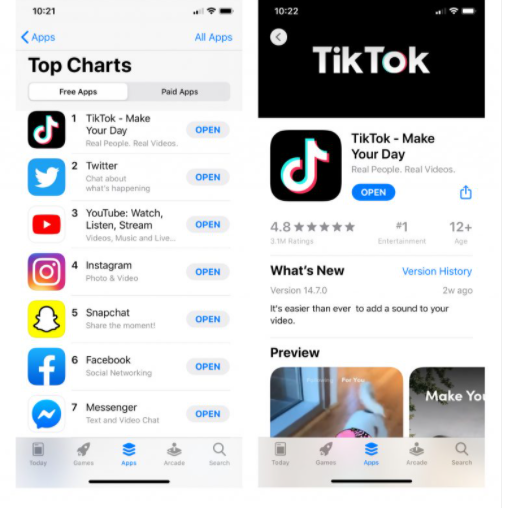 TikTok being the most popular social media app in 2020 (Branastic)

Why is TikTok so appealing?

Young people always look for micro entertainment and short bursts of distraction which is why TikTok is so successful. Videos are short yet trendy and entertaining. People can follow other accounts and create their own content too. Moreover, you have a “For You” feed that provides a collection of videos according to your taste from other users. So, you have an endless thread of new things to watch, and this why this app is so addicting to users. Moreover, the “For You” feed shows videos from people whom you are not following. This allows even those who have the least followings to share their content which can become viral, and they become celebrities overnight. Also, there are standard features as well such as direct messaging and the option to like videos like in any other social media app. 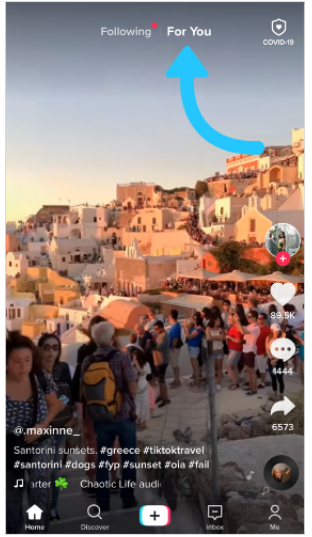 TikTok’s “For You” tab (Source: Later)

TikTok is a platform that allows you to make and share short videos. The videos do not appear in a square tab rather they are displayed in a rectangular window. The display is similar to the stories on Snapchat and Instagram. You scroll through these videos like a feed and do not have to swipe left or right. The app provides all sorts of tools such as filters as on Snapchat, searching for sounds to add to videos, etc.  Moreover, TikTok provides users which an interactive platform encouraging user engagement and virtual socialization. This is facilitated by the “response” video features which allow users to comment on other user’s content. The users are also allowed to create duplicate videos where they can feature them along as well.

Hashtags are an important part of the TikTok world. The pioneer of this trend is Twitter which introduced this feature as an attempt to congregating its users creating an unending series of post dissemination.  However, it is on TikTok that these hashtags exist as the real, functional organizing principle. It is not only for news but for any trending purpose such as various challenges, jokes, or repeating formats, and other forms of activities.

The popularity of Twitter was mainly attributed to its feature to allow people to follow each other and expand their network. The App studied users’ preferences and later extended its original theme to the formalization of conversational behaviors. For example, retweets and hashtags. By introducing these features and gaining public attention, it became more assertive. Furthermore, based on the algorithmic suggestions, Twitter started keeping users’ feed records. This helped the app better understand what its audience wants or might have skipped. In this way, opaque machine intelligence started encroaching on the original system. 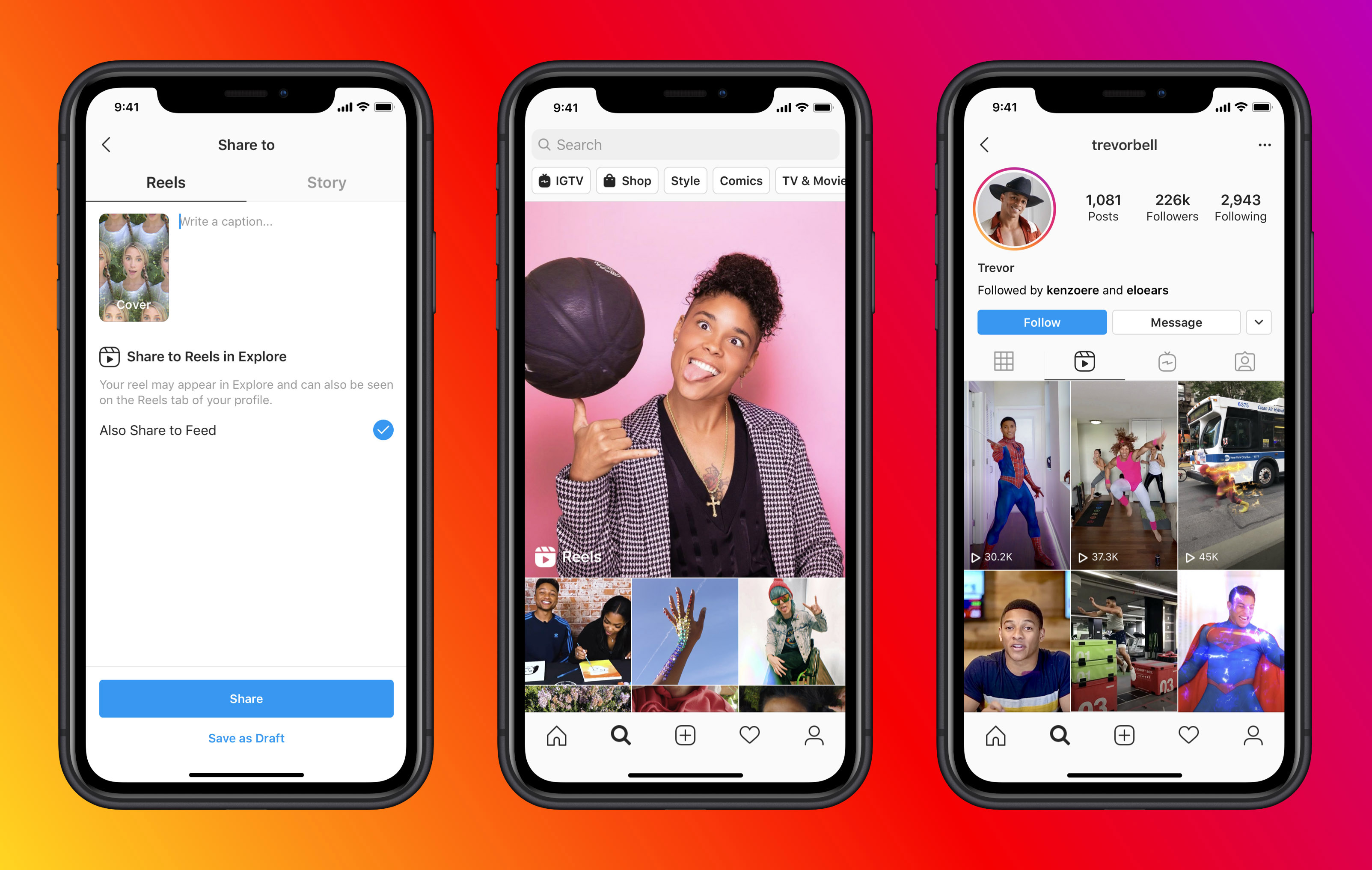 Similar was the case with Instagram, where the algorithmic suggestions became an integral part of the app’s operations. On Youtube as well, changing recommendations keep on introducing new trends time and again. These algorithms influenced trends designed to increase interaction with users sometimes make users feel more assertive. This has contributed to increasing the average time spent on these apps as they have become less intimately human.

However, in the case of TikTok, a crucial fact is that it has stepped over the midpoint between the self-directed feed and an algorithmic interference. The first evidence to support this appears as soon as you open the app. When you will open TikTok, you will not see your friends’ posts instead there is a page titled “For You”. The app makes sure that there is sufficient material to entertain the user always. The content in the”For You” tab is derived by the app’s algorithm of anticipating users’ choices based on their usage and view history. It comprises of people you know and things you asked the app to show over time. This is one of the reasons making TikTok so successful in a small time.

TikTok has been designed in a way that it learns from the user constantly. With time, it developed a deep understanding of the user’s likes and dislikes and automatically filters content based on it. The use of a complex but opaque model of what the audience wants to watch is making TikTok successful. Immediately when the user opens the app, TikTok starts showing the user’s favorite content before he has given it any work. Now let’s think if Instagram, Twitter, or Facebook worked this way. Imagine Instagram focussing entirely on the “Explore” section and Twitter centered on the “Following” tab which presents the viral and trending tweets. Similarly, think of Facebook filling your feed before you have added a single friend. TikTok can do this all.

In almost all social media platforms, if you want to show your content you should focus on building an audience. Having a large total of friends and maintaining an impressive profile in terms of profession and wealth influences content popularity. However, this is not the case with TikTok which is one of the reasons why it is so successful. It allows its users to shift from one set of followers to another and one trend to another.

By all these features, TikTok has created millions of simulated temporary friend groups. This means that friends belonging to one group, get together to do similar things, share common jokes, talk aimlessly or riff a song. Therefore, people tend to get abundant and immediate responses to their content. Moreover, stimulation remains consistent. This is a unique feature making TikTok rapidly popular then one is using something that keeps on expanding in all directions. The app holds a large pool of content, some of it can be meaningless while others become popular.

Why do people spend so much time on Tik Tok?

Well, this is a pretty simple question but answering this will involve a lot of explanation. Initially, TikTok might seem disorienting to some.  If we compare TikTok with a similar previously launched video-sharing app Vine, it can be inferred that TikTok has a high number of features and options to select from. Neither the user is intrigued to create something of his own. Moreover, the large list of followers is usually the first one to criticize and letting you down. However, TikTok penetrated social media very intelligently. At first, as an attempt to engage people, it showed them things while taking notes on their preferences using artificial intelligence. It started sending daily notifications to users and adopted the “fake it till you make it” policy to dominate the algorithmic trends. 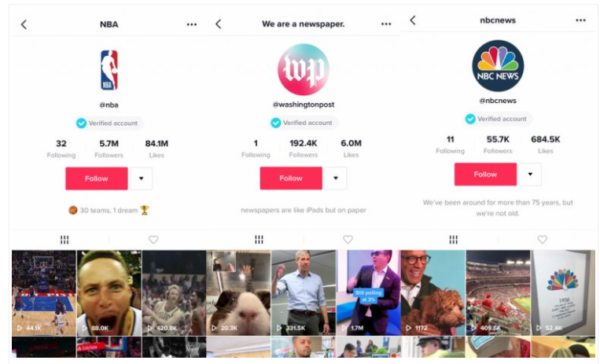 It looks like TikTok is here to stay for a long while. There is an ever-growing population on the app and companies racing to use this medium for advertising their content. This facilitates a beautiful relationship between consumers and businesses. Along with the consumerism side of things, users are also taking advantage of having a platform to give snapshots of their personalities and how they spend their lives. It is certainly emerging as the voice of this generation. This is why we should all sit up and pay good attention.